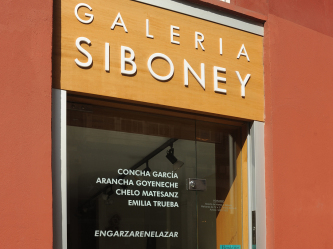 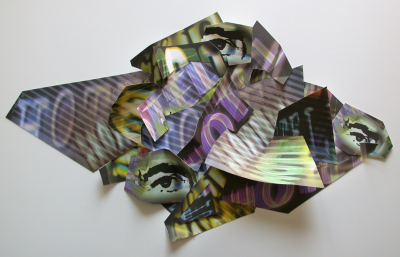 In his sixth solo show at the Siboney gallery, (the second at the Santa Lucía street venue), Juan M. Moro (Santander, 1960), artist whose training duality (Bachelor and Doctor of Fine Arts (U. País Vasco) and Bachelor of Philosophy and Educational Sciences (U. Salamanca), makes him one of the creators with greater capacity for research and reflection, what is appreciated in his work, he presents a series of subtle and powerful works grouped under the suggestive statement: The look of Polyphemus.
This title undoubtedly alludes to the Cyclopes and their only eye, and to the chaotic dissolution of the visual stimuli in the form of cubist kaleidoscope when it suffers an aggression, which is what Polyphemus suffers in his confrontation with the cunning Ulysses, -according to Homer in Odyssey, and details how the attacks are directed to its weakest point, leaving the cyclops fatally wounded in its most precious, -by characteristic and unique, organ.

At this moment, the already limited gaze of the giant, who had never been able to enjoy the benefits of binocularity, became even more distorted and turbid.

The pain torn, the confusion, the anguish and the consequent anger, produced a distortion of the look similar to that which is repeated even today in situations of panic, anguish and human anger; or even as a result of the obfuscation, the stubbornness and the obsession that causes to maintain a unilateral, orthodox or iron point of view.
Juan Moro, who in his previous exhibition used iridescence, -tought to control that optical phenomenon derived from the property possessed by certain materials and surfaces to decompose light chromatically-, an effect assumed in this new sample and which combines it with the use of painting and color, as more novel elements in his works. 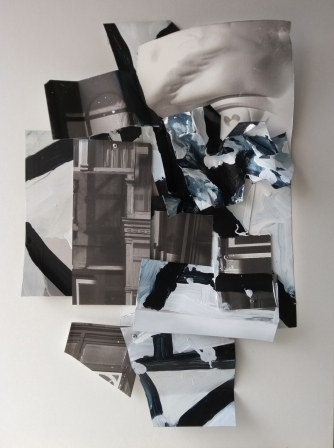