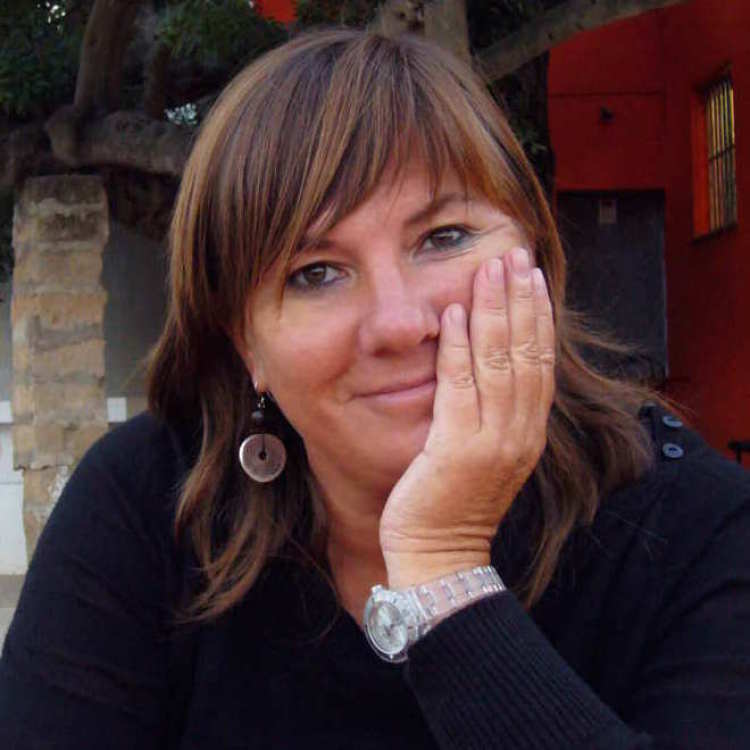 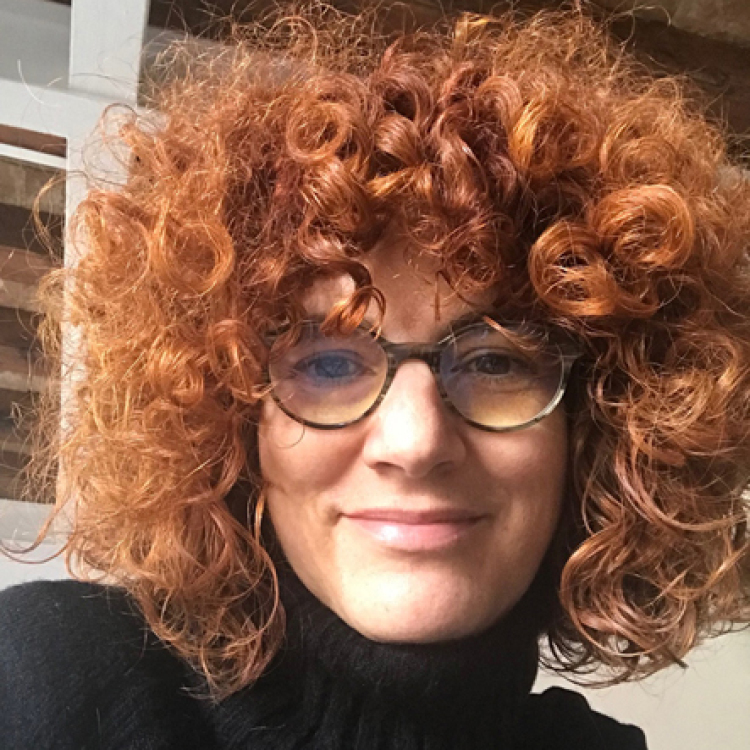 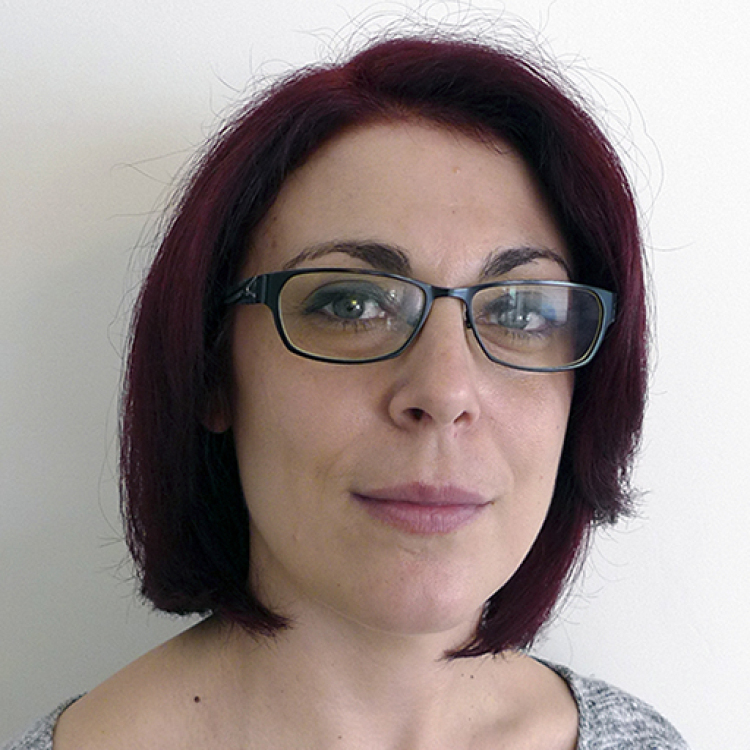 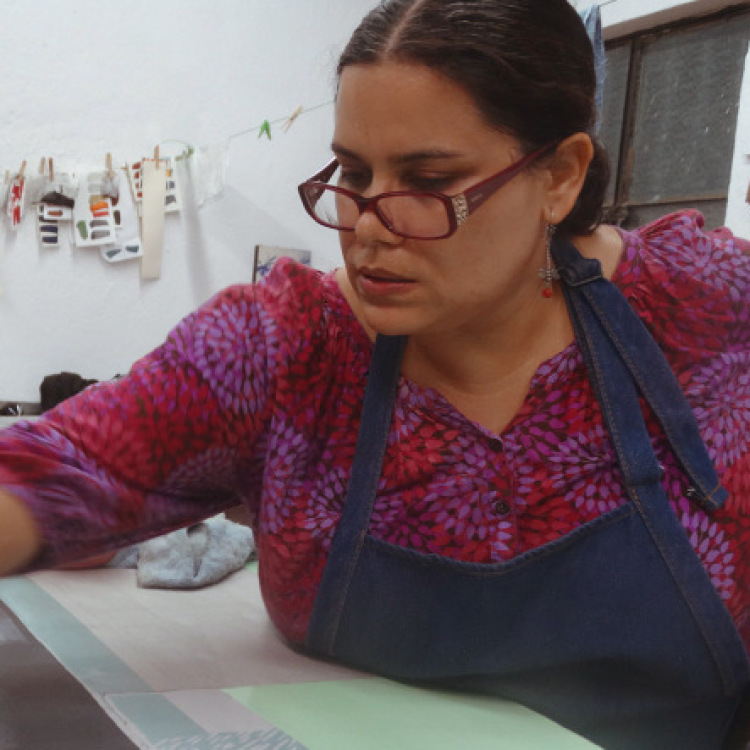 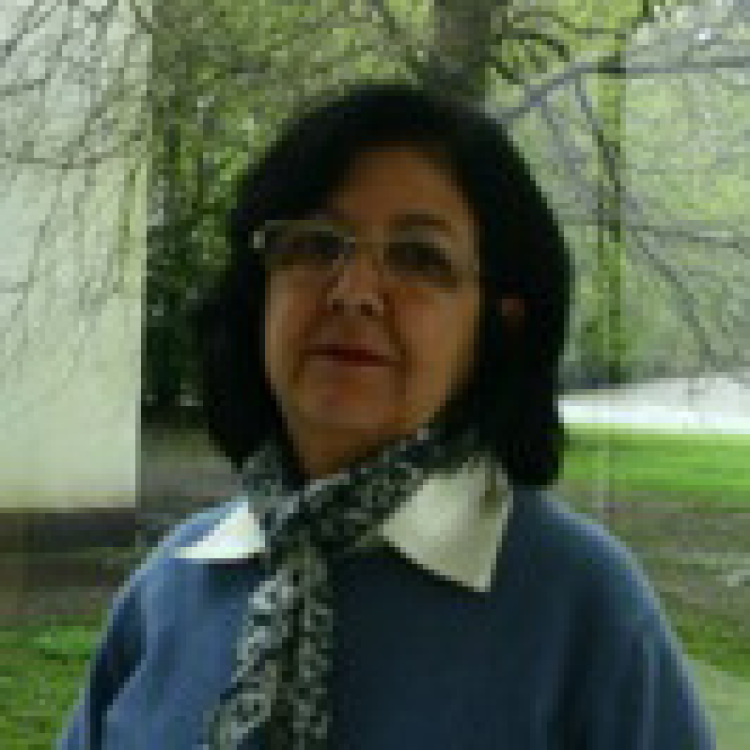 Typologies of expression surrounding the urban graph and the artist book

The communication will focus on showing different types of expression related to the artist's book, from a selection of works made by of the Master in Artistic Production of the Polytechnic University of Valencia, in the subject "Graphic Work and Public Space". Subject centered on the reflection of graphics and its connection with society, from the field of creation and dissemination of images. We understand the graphic work from its dual character. On the one hand from its status as a trace or record of another previous reality an on the other from its social dimension. The book as a means of creation, original and multiple, being its multiple work character that entails in a very direct way, communication and dissemination, however it is their facet as a creative medium that interests us especially.

The subject revolves around a project that we call "Urban Graphics" where we use the city as a workplace, assuming at all times its ephemeral nature. We started the project with fieldwork, gathering visual, graphic and written information about that environment.

It is about carrying out a recognition of the city through the imaginary projection of its inhabitants, a documentary record of urban graphics and local imaginaries that serve us for reflection, as well as to preserve their visual memory. Several years have already been spent on the project and we have worked in different environments and our intention is to show different approaches and typologies of expression of the projects carried out, where the book is used as a space for reflection and a communication channel.

Analogies and impressions about the artist's book.

This article presents two experiences around the artist's book developed by members of the IMARTE team, of the Faculty of Fine Arts of the University of Barcelona.
The interest by examining the book subject it's located in the dimension of create a typology of art that connects with the aim to expand new narrative forms. The book form is under a constant process of investigation: which emerges from multiple origins and spontaneously forms many points of originality this is why it is considered an area of activity. The book's form have to be understood like a mutable form, it's reflected as support and as a product, acting as a diffuser also of artistic thought and, therefore, connecting with contemporary discursive strategies.
The options and perceptions of each author advance with the media's support that they are interspersed in the printing of graphic art, photography, digital art and publishing. Similarly are interspersed with the networks, the activisms or discrete practices and personals, thanks to the incubation from which emerges a new environment. The first proposal entitled Flow pattern 2017, analyzes the narrative fabulation and picks up the word graphic exploration, typography, letter and the possible meanings of the book. The illusion of the linguistic comprehension through the simil of printing systems, facilitates penetration in linguistic systems distant has shortened differences.
The second proposal Des que som una conversa (Since we are a conversation) 2016, combines the interest in the structure of the lichens and 3D experimentation. This look passes between the speed of 3D printing, able to perfectly reproduce a lichen in a few hour and the natural slowness of its growth. The Biological habitat time's lichens, coexists with the time of the digital ecosystem that marks the rhythm of our life.

Many authors, from historians, communication theorist to philosophers, have already been incurring in how revealing it is, the activity of analyzing the material forms of books.

Personalities of the stature of Roger Chartier, Peter Burke, Hans Blumenberg himself, Michel Melot or Roman Gubern, warn how the way in which we have transmitted ideas has ruled indirectly the way of generating knowledge, of thinking it, of exploring it, to read the world. In other words, any element inherent in the creation of a book as a dialogical space, from its morphology, bookbinding, materials, typographic and reticular design, compositional, linguistic and spatial style in general, predispose us to the exercise of reading a text, to a kind of interpretative attitude more or less biased that forces us, as creative, to understand all creation from the perspective of syncretic semiotics.
Analyzing the increasingly fertile production of artist's books, we can see how it has been generated from a more free perspective, that kind of interdependence and a symbiotic relationship between the design of the meanings, the signifier, the way of constructing the stories and our way of behaving as readers.

Although, the usual thing would be to speak of bound books, there are multiple morphological structures through which to build certain discourses.

The present paper, we will talk about the description of three basic morphological structures involved in the construction of book-art that, in our view, suppose three metaphorical ways of understanding the world through the book. We will speak then, of the metaphorical relations between a woven book, (of weaving, spinning and weaving knowledge); of the assembly (of gathering, connecting ideas); to the folded book (of folding, unfolding, folding). Three concepts and ways of seeing and creating that have been recurrent in the art of publishing in general.

This proposal focuses on presenting the Project "Sun, water and salt ..." in which I have worked in recent years, which focuses on the concern for working in the field of "Artist's Book", as a means of expression of Contemporary Graphics. In this work, the starting point were the images generated by my drawings, photographs and annotations, which I made through each year of work, as a visual record and testimony of the changes and events that occur in "life in port". This project has had as a thread the experiences, experiences and correspondences that I have with the place I live. The focus has been on working with the visual environment. I am interested in the various changes that occur daily in my immediate space. The experience is fundamental, I have found it attractive, to witness constant changes in the natural, urban and social environment, of life in the Port.
During the development of the project I had the opportunity to keep a log of work based on the registration of the different possibilities of combining the techniques, supports and formats, seeking as a result the fusion and technical variation of the Stampa as an alternative to produce Artist's Books
The thread is the specific theme for each series of books and its various variants, the result of technical investigations, research of the environment and the experience of keeping a record of the micro and macro visual universe that gives me my space and life in the Port. The latter was conceived as a universal space of constant flow, socially and culturally. I live in Puerto Vallarta, Jalisco, México.

Contemporary Printmaking And The Artist’s Book

This paper aims to discuss the multiple identities of contemporary printmaking and its relations with artists’ books, investigating the interdisciplinary nature of graphic media, exploited by its heterogeneous and multiple aspects. Frequently located at the intersections of disciplines and media, one of the aspects of contemporary printmaking is its contamination by other processes. Interfaces between traditional printmaking techniques (lithography, serigraphy, engraving and woodcut) and other printing procedures (digital processes, typography, photography, offset, etc), involving the relationships between printmaking in its various forms and artists’ books, will be explored and discussed, contributing to the enlargement of the concept of printmaking.
To deepen the discussion, this text will focus on the PRINTINGS & CONTAMINATIONS Project, an investigation around the print, jointly developed by the printmaking sectors of two traditional institutions in Belo Horizonte (Brazil), the School of Fine Arts of the Federal University of Minas Gerais and the School Guignard of the State University of Minas Gerais, pioneers in the introduction of the teaching of printmaking in the state, and that have contributed to the maintenance and expansion of the teaching and practice of printmaking and of artists’ books. The project was created in 2012 by Professors Maria do Carmo de Freitas Veneroso (EBA / UFMG) and Edna Mara de Moura Nunes (EG / UEMG) to analyse the expansion of the concept of printmaking in contemporary times, through its practice and its discussion. This paper will present and discuss the collection of artists’ books PRINTINGS & CONTAMINATIONS 2, developed by the Project, and composed of fourteen books printed using traditional printmaking techniques associated with other printing procedures. The artists’ books focus on the graphic production of the the School of Fine Arts and Guignard School, through the work of its teachers, students and alumni.