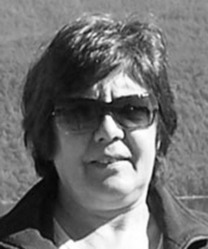 Nélida Gómez Rodriguez, I have Spanish citizenship. I was born on January 27, 1946. I retired as a teacher and decided to study Visual Arts at the Santa Ana Institute, from 2010 to 2014, completing the specialties of Drawing, Painting and Engraving.

From 1996 to date I participated in different shows and made many individual and collective exhibitions of painting and engraving. In 2016 I received a Mention in the VI Winter Room SAAP in the recorded discipline and I was selected in several Halls including the 7th Annual Bicentennial Hall of Concordia Municipality Province of Entre Ríos.