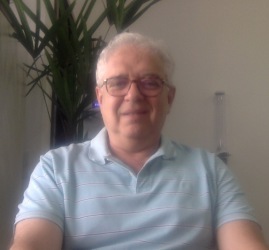 Born in Avaré, São Paulo, Brazil, he has been working with drawing and engraving for at least 40 years.

He went through several art schools, in the 1980s attends the engraving studio of Arriete Chain in São Paulo, where he refines the techniques of engraving in metal.

In 98, he founded, together with George Gutlich, the De Etser studio, which became one of the most important centers of study and development of engraving in Brazil.

He has several exhibitions throughout the country, teaches woodcut classes, drawing and metal engraving in Ateliê De Etser.